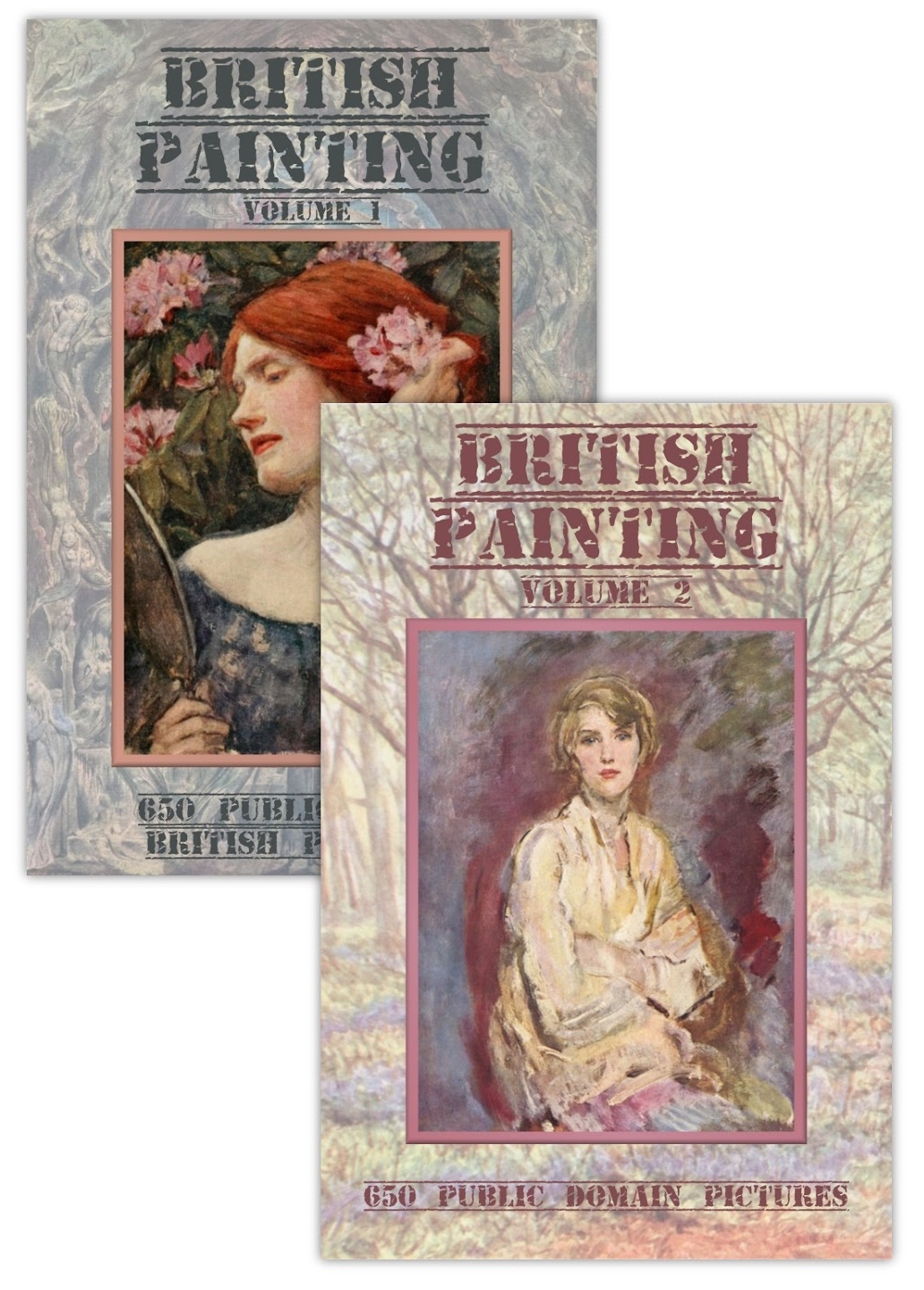 I’ve been head down deep in books and art lately – just how I like it!  As well as revamping our Picturesque England and Wales series (watch this space), I’ve also produced 2 volumes of public domain British painting.

These both have 650 images on them, volume 1 including 100 images by Pre-Raphaelite artists and Pre-Raphaelite inspired art.  The Pre-Raphaelites include Dante Gabriel Rossetti, John Everett Millais, Edward Burne-Jones and William Holman Hunt.  John William Waterhouse produced work in the Pre-Raphaelite style too – there are 20 of his paintings in volume 1 as well.  This artistic movement is one of my favourites!