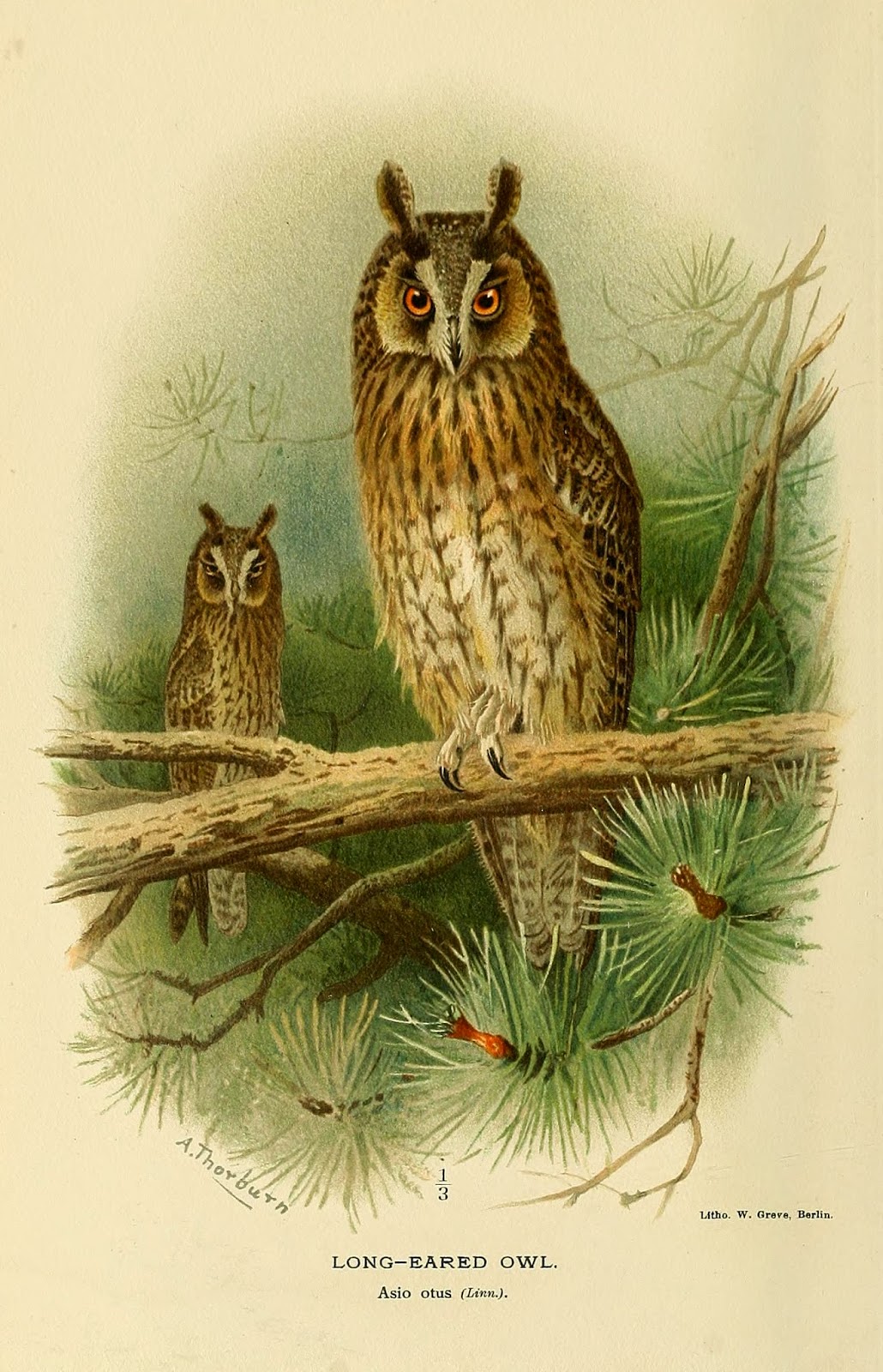 I’m not particularly a bird-lover (although I rather like owls) but I am a picture-lover and really love good artwork.  Talking of owls I always think Will-i-am looks like a cute owl when he’s on The Voice – it’s the way he turns his head one way, then the other and those big eyes…

But anyway…. Archibald Thorburn was a prolific Scottish bird artist and animal painter who lived from 1860 until his death in 1935.

Archibald was born in Midlothian, the fifth son of Robert Thorburn (1818-1885) who was portrait miniaturist to Queen Victoria. His first education was at Dalkeith and in Edinburgh, after which he was sent to the newly founded St John’s Wood School of Art in London. His stay there was only brief, since on the death of his father he sought the guidance of Joseph Wolf.

It was his commission in 1887 to illustrate Lord Lilford’s Coloured Figures of the Birds of the British Isles, for which he painted some 268 watercolours, that established his reputation. He illustrated numerous sporting and natural history books, including his own. He taught Otto Murray Dixon and Philip Rickman (both in Nature in Art’s collection), and he encouraged the young Donald Watson when he came to visit him in Dumfries and Galloway.

Thorburn was friends of other eminent bird illustrators including George Edward Lodge and John Guille Millais with whom he collaborated on a number of works including: Natural History of British Feeding Ducks; British Diving Ducks and British Game Birds.

In the 1930s he refused to make use of electric lighting, preferring natural light for his painting, and making use of lamps and candles.

His grave is at St John the Baptist church in Busbridge, Godalming.

All of the 522 great quality images are out of copyright which means that you can do what you like with them!  Make prints, card-making embellishments, calenders, mousemats, fridge magnets, book covers, mugs and so much more!  Make items to sell for yourself, for charity fund-raising, school or church fund-raising with no restrictions.  Here’s that link again… 522 Public Domain British Birds Images