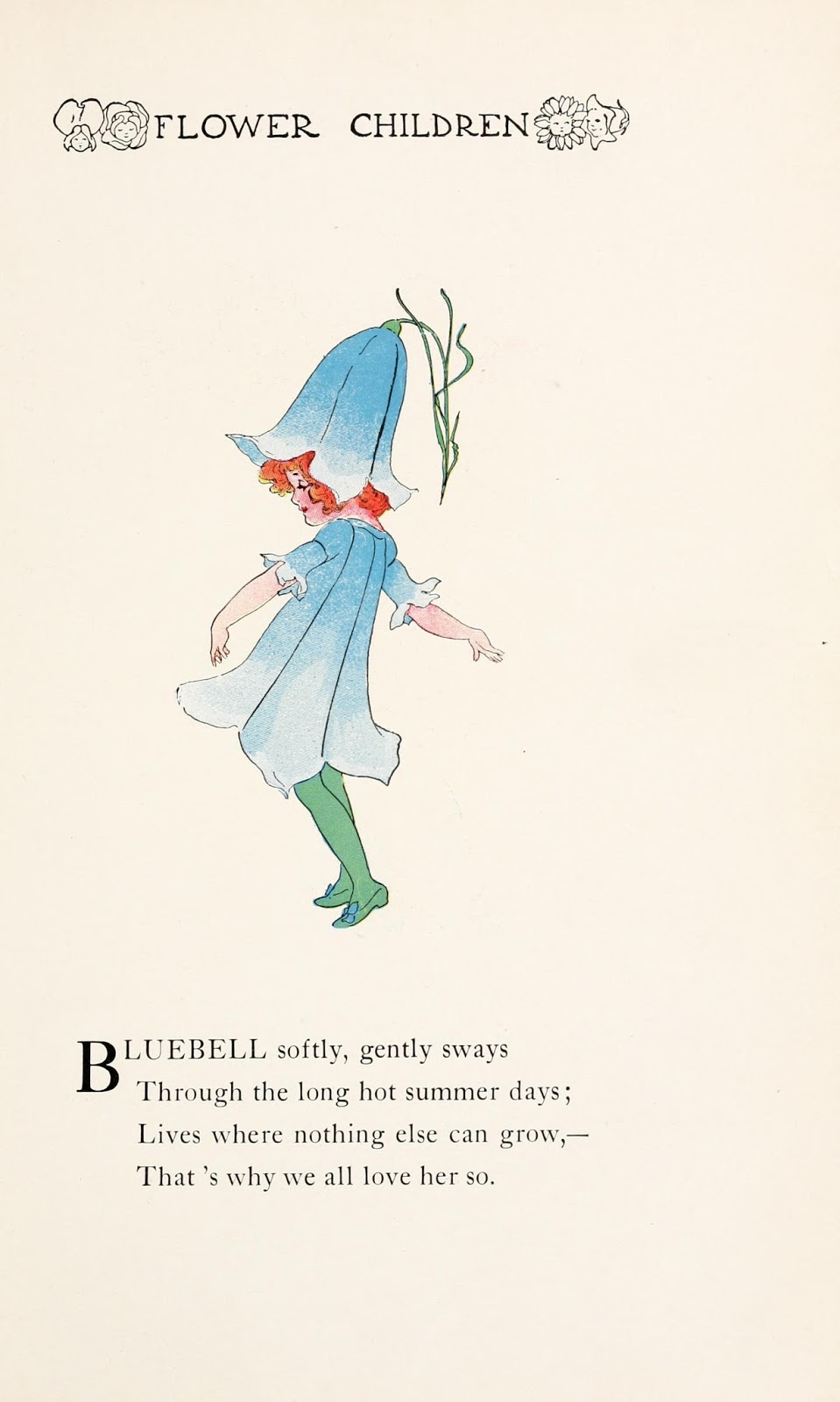 The late 19th and early 20th century saw a great deal of anthropomorphised animals in children’s literature, Louis Wain’s cats perhaps being the most famous but, for a while at least, flowers and even vegetables became the subject of such treatment.

Cicely Mary Barker is a well-known name today for her Flower Fairies although these are perhaps much more human-looking than some of the other offerings from this time.

Elizabeth Gordon, an American children’s author published by Volland, wrote a series of books that began in 1910 with ‘Flower Children’ which was illustrated by M.T. (Penny) Ross, one of Walt Disney’s first co-workers.

All of the flower children represent a flower and are accompanied by a nice little poem.

The next book in the series was ‘Bird Children’ from 1912 which is full of somewhat quirkier pictures.

The birds are given the same treatment as the flowers, each bird having a child’s face and hands….. This picture even has children’s faces in the background flowers. Cute… or maybe a little strange by today’s standards!

You’ve got to love the quirkiness of this comic banana, certainly brings a smile to my face!

Butterfly babies is a lovely book and I have to say the most expensive book I have ever bought to get the pictures for our Elizabeth Gordon’s Flower Children Series DVD!  It came from the States and is a book that I treasure.  How cute is this…

I love these chubby children with their gorgeous butterfly wings!

The last of the series is ‘Wild Flower Children’, this time illustrated by Janet Laura Scott whose style is a little different from her predecessor but still just as lovely.

If you want to see more of these lovely, quirky illustrations, check out Elizabeth Gordon’s Flower Children Series now to see details of more than 400 illustrations from this series.  You can use these images for any purpose, even commercial use.